For the sake of viewer convenience, the content is shown below in the alternative language. You may click the link to switch the active language.

Following on from a blog post that we (SALT) created in January 2016 on New Year’s Resolutions, and given the changes that have taken place in 2017, here in SALT we thought it might be a good idea for some of us to reflect on what we’ve achieved in 2017 and what we hope to achieve in 2018.

This is the second of a series that will be published during January and February, and some of the post will give you the chance to meet some of our newer team members. 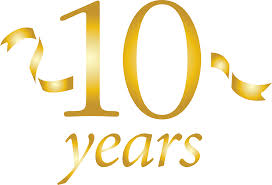 I’m now heading into my tenth year as part of the Blackboard/elearning/SALT team.  In those ten years, I’ve seen SALT develop and grow from the 4-strong Blackboard team into the 15 strong SALT team that we are today.

As the team has grown and evolved, so too have our roles.  This has been particularly significant for me as I have changed jobs slightly and now carry more responsibility, which is rewarding in many ways.

Among other things, 2017 saw me take on more mentoring and assessing for the internal Fellowship route, and attending the SAR Panel for the first time as lead assessor for the group of applicants that I assessed.

2017 also led me to design and online course based around the concept of the Flipped Classroom.  This, in turn was designed in a format that I experienced in 2016, through Jane Hart’s “Modern Workplace Learning” course.  You may have seen Jane Hart in last year’s SALT Conference.  (That was the one with the sketchnote by the side).  The flipped classroom CPD module is still running and set to be evaluated in February 2018.

I’m anticipating several challenges in 2018, but also looking forward to them.

As well as maintaining the current levels of support that we offer in the TEL (Technology Enhanced Learning) team, I would also like to develop further TEL-related CPD, in an online environment, but how this will look will depend on the outcome of the evaluation of the Flipped Classroom.  However, I am keen on the concept of the #1minuteCPD as driven by Manchester Metropolitan University, but maybe adapting it to #10 minute TEL?  Plenty of room to explore.

I also would like to revise my personal blog.  I returned to blogging in 2016 but, like most New Year’s resolutions they tailed off, and I blogged sporadically.  However, I have some strong ideas for reviving the blog, and in order to facilitate some of these ideas I am looking to migrate from the blogger platform to WordPress. 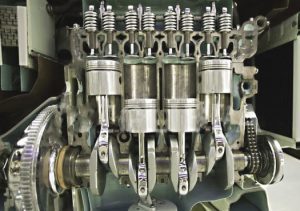 Finally, I am looking forward to working with two of my SALT colleagues, Rhian Ellis and Professor Jane Thomas on an event looking at ways of enhancing traditional teaching.  All too often we expect teachers to innovate, and the majority of people assume that innovations must involve technology, when in fact, sometimes the simplest, or more low-tech technique is often more effective.

Furthermore, are today’s younger generation so immersed in technology that they see teaching without technology as innovative in itself, or whether this is a concept for the future?