Home inclusivity The Gift of Inclusivity

The Gift of Inclusivity 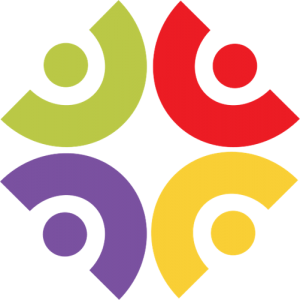 What did you get for Christmas? Among all the shoes, books, hand knitted jumpers, umbrellas and chocolates, I received one gift just before Christmas that was very different from all the others. I was asked if I would be happy to receive an inclusivity badge from the University.

This is a real honour and something that I am very proud to receive. In my previous role, before coming to Swansea, I spent two years leading on Birmingham University’s equality and diversity programme. This was a major challenge, not just because we were starting at such a low base, but because of the commitment we made, right from the beginning of this programme, to work across the whole range of characteristics identified within the Equalities Act 2010. This meant that we not only worked with the Athena SWAN group on gender equality, we also worked on BAME attainment gaps, disability accessibility, LGBTQ mentoring and raising the profile of the chaplaincy and the various faith societies. This was a crash course in intersectionality and we managed to make a significant difference to policies for both staff and students. At the end of what we designated a year of equality in employment we held a major conference for all staff across the University which was addressed by the VC and highlighted work done in many different parts of the institution. That work continues and has developed, with two people being appointed to the role that I left to take on my position here is Swansea.

Swansea University is, for very many reasons, very different from Birmingham and I discovered one of those reasons very shortly after coming to Swansea just over three and half years ago. Where, in Birmingham, we had started from a very low base, and almost from scratch on a number of these agendas, in Swansea I came into an institution where equality and diversity has been taken seriously for a number of years. Work was already well underway towards achieving an institutional silver award in Athena SWAN and PVC Hilary Lappin-Scott was championing the role of women in STEM, and across the HE sector, in a major way. Swansea was also scoring well within the Stonewall Workplace Equality Index that measures the work done within the institution towards LGBTQ equality. SAILS was also working hard around BAME attainment and disability issues in relation to our student community. I found my own role to be far more one of supporting others who were already developing the initiatives and activities needed, rather than one of prompting those initiatives in the first place.

I have, of course, continued to support the work of the LGBTQ staff group and initiatives towards LGBTQ inclusivity across the University. I have spoken at a number of conferences and events that have encouraged or explored aspects of gender or LGBTQ equality and supported those who are working in this area in different Colleges. I also helped to organise a conference, in September 2016, on LGBTQ inclusivity within the curriculum, developing some of the work that I had began with colleagues back in Birmingham. Beyond Swansea, I have attended events on LGBTQ equality at a national level and was very honoured to be invited last February to speak at a LGBTQ history month event in the University of South Wales.

The other area in which I have tried to work specifically around equality and inclusivity at Swansea has been within the field of religion. Work around gender, BAME, disability or LGBTQ inclusivity is often recognised and understood, that around religion is not so clearly identifiable. Religion and belief, however, is one of the protected characteristics within the equality act and in a community, such as that at Swansea University, where we have a significant number of overseas students, then the place of religion is important to many individuals and to the community as a whole. Once again, however, there is already considerable work being undertaken in this area, and my role is one of being supportive and encouraging others to engage in a constructive way. I have been involved in the reorganisation of the chaplaincy and the appointment of our new chaplain, Mandy Williams, and I have taken an active role within a number of events, including offering a talk to the Newman Society on why I became a Catholic.

There is, as I have suggested, some incredible work going on here at Swansea in all areas of equality and inclusivity and it is great to see that some of this work is now being recognised through the inclusivity badges. Our great concern, however, as with so much across the University, is one of co-ordination and co-operation. Those involved in the various initiatives around equality and diversity do not always co-ordinate their activities such that each supports the other and we benefit from a momentum that is greater than the individual initiatives. It is beginning to happen more, but there is certainly much more that could be done. Where I think this is most clear is in the relationship between staff and students. Many of the initiatives, campaigns and activities, do still tend to focus on issues relating either to staff or to students. Only occasionally do both groups come together, with the support of senior managers, to make a difference across the University as a whole. We are currently in a time of considerable change, and so perhaps this is the time to rectify this failure. Perhaps now is the time to recognise all the work that is happening, across the different characteristics, and among both staff and students, and to begin to plan an event for the whole University, perhaps to welcome the new VC later this year, that celebrates all that Swansea is doing in this area. You never know, we might surprise ourselves by just how much we have to give.